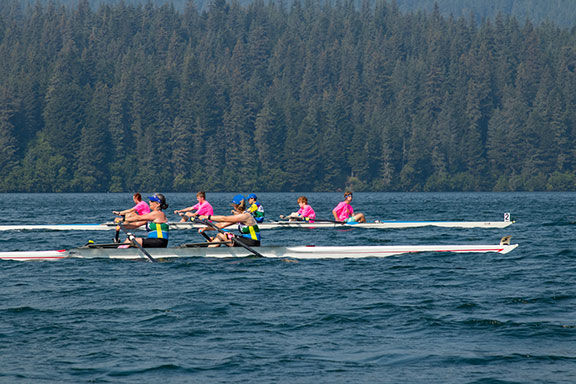 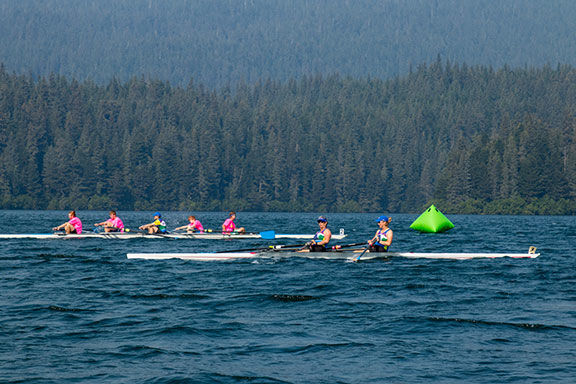 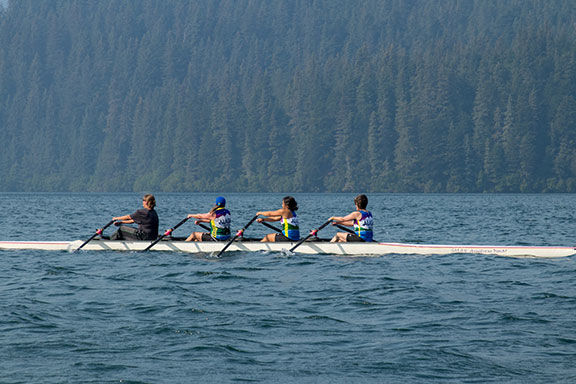 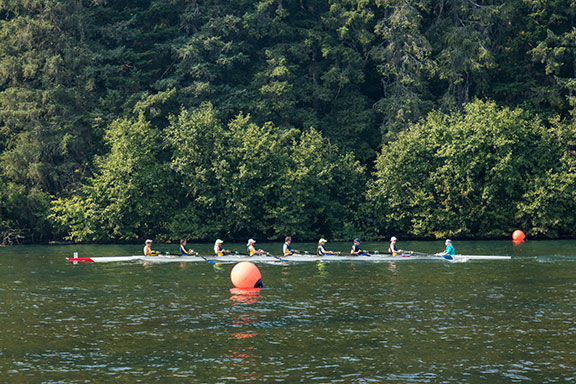 Stiff winds upended the annual Tail of the Bear regatta on Bear Lake Saturday. Race organizers scrambled to reorganize the event on the spot as heavy winds out of the north created choppy rowing conditions that threatened to swamp smaller racing shells.

The Kenai Crewsers Rowing Club ultimately canceled around two-thirds of the day’s heats, mostly those for one-, two- or four-person boats. Several such smaller boats still took to the water later in the day as winds calmed down.

In spite of the inclement weather, teams from the Crewsers and the Anchorage Rowing Association still tackled the five-kilometer course with aplomb.

A junior team from the Anchorage Rowing Association posted the fastest time of the day, completing the course in 22:08.

Few of the teams competed directly against one another, as the mixture of event classifications and team sizes meant that matching boats rarely hit the water in the same heat.

The only two head-to-head competitions featured women’s teams in the eight sweep and duo scull events.

In the eight sweep, the Anchorage Rowing Association pulled ahead of the Kenai Crewers, finishing the course in 23:42, two minutes faster than the Crewsers’ 25:37.

In the duo scull, two teams from the Anchorage Rowing Association competed against each other. The faster boat finished the course in 25:01.