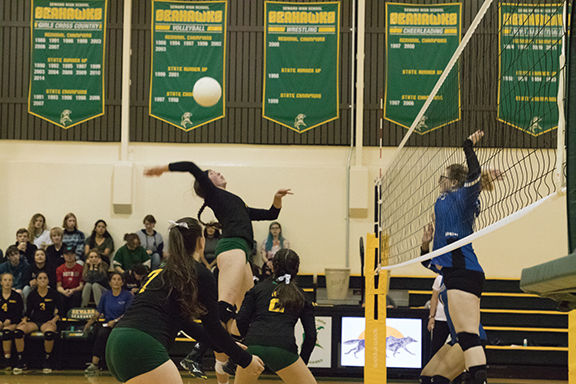 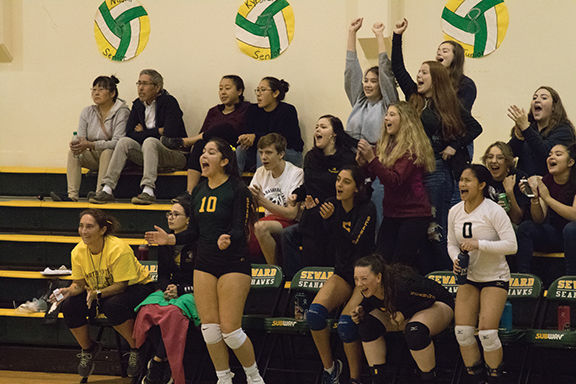 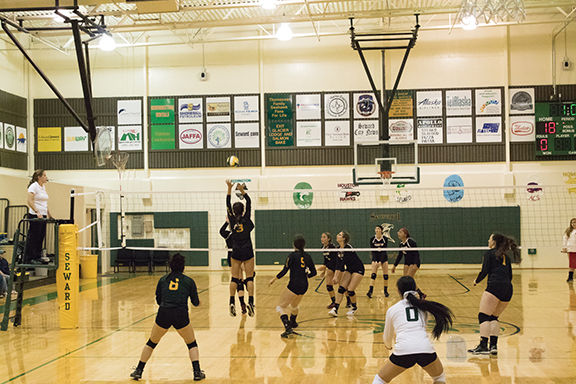 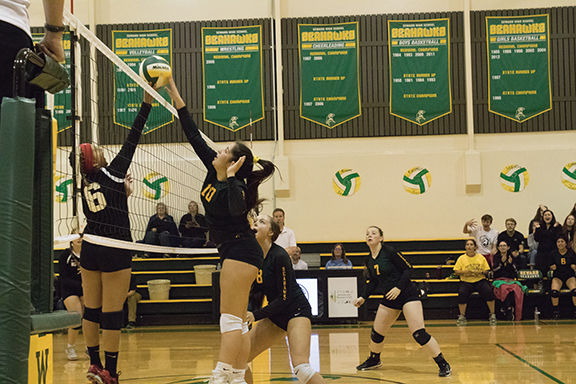 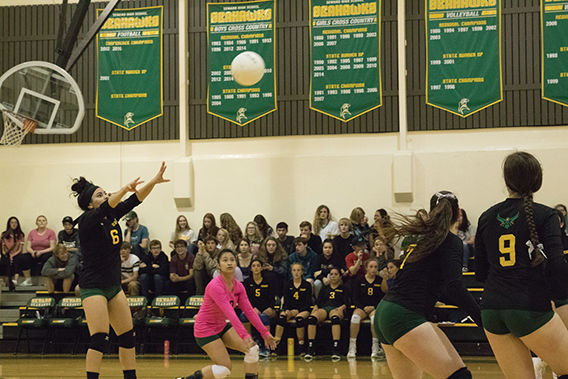 The Seward High School girls varsity volleyball team fell to the Nome-Beltz Nanooks in its first match of the North/South volleyball tournament, but turned things around in its next match against the Houston Hawks.

The tournament, held Friday and Saturday at Seward High School, brought seven teams from across the state for two days of tournament play, beginning with a round-robin series of single-set matches that established the seeding for the day two bracket.

The roster featured teams from Southcentral, the Interior and the Bering Sea coast. Seward, Homer, Houston, Redington and Anchorage Christian School formed the southern contingent, while Delta Junction and Nome joined from the north.

On Friday, the Seahawks won three of six sets during the round robin segment, earning the fifth seed. The Homer High School Mariners went undefeated in the round robin, taking the first seed and a bye in the bracket’s round one.

In the first round on Saturday, Seward faced fourth-seeded Nome in a close match that ended after Nome took two sets. The Seahawks trailed the Nanooks by only a handful of points in each set, going 25–23 and 25–21.

The Nanooks victory was a turnaround from the Seahawks regular season match against Nome on Thursday, which Seward won.

Seward played its second match of the bracket against Houston. The game went to three sets, with a dramatic point-for-point battle at the end of the second set.

Seward handily took the first set, benefiting from a 6-point scoring streak with Kyrsten Johnston-Gray at serve. That streak brought Seward to 12–5, solidifying the lead. Houston put up a number of points during a mid-set rally, but could not overcome Seward’s strong head start. Seward took the first set 25–17.

The second set began in Houston’s favor, but Seward contested the lead vigorously. The real action began when the Seahawks tied Houston 18–18. From this point on, the two teams vied fiercely for the lead.

In spite of the Seahawks’ best efforts – including a dramatic save from behind the line by team captain Angel Purigay – Houston creeped gradually toward the win. Seward managed to match each of Houston’s scores until Houston broke away after a Seward violation.

From 21–20, Houston moved up to 22–20 with an unreturned serve. Seward got one more opportunity when a Houston serve hit the net, again bringing the score inside the two-point advantage needed to win.

Seward returned the favor with a serve into the net, but picked up another point during the volley with a well-placed spike from Sofia Perazzi. At 23–22 in Houston’s favor, Seward had one last opportunity to snag the lead and end the game in two sets.

That was not to be, however. Houston took two points in succession, ending the second set.

In spite of the setback, Seward went into the third set hot, taking an early lead, and successfully defeating Houston. After a brief 4–4 tie, Seward surged ahead and did not relinquish the lead for the remainder of the set.

Seward claimed victory with a 15–9 score at the end of the third set.