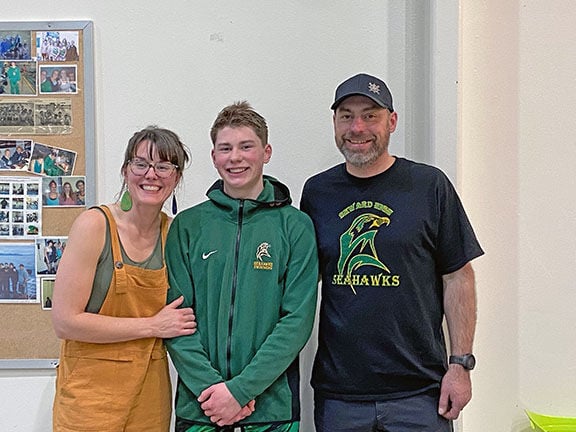 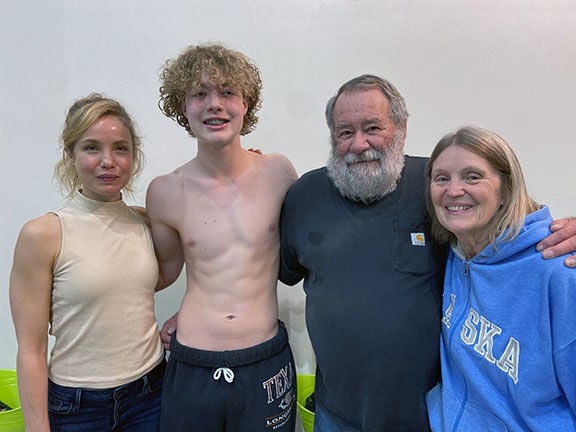 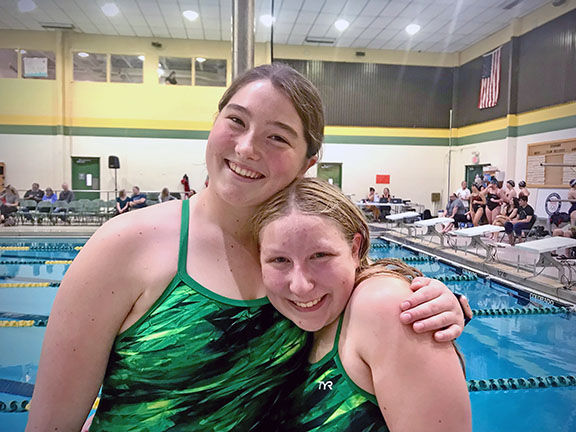 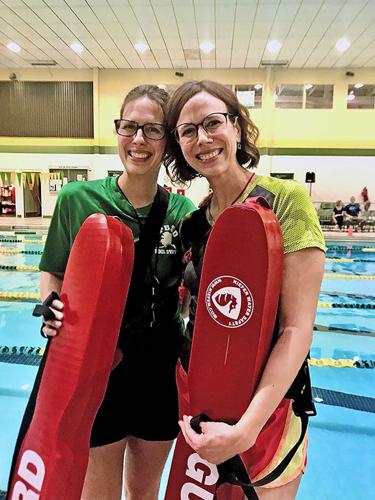 The Seward Seahawks swim team has emerged from the Seward Invite, its only home meet of the season, boasting several personal best times, three new record times set for the pool, and one new school record. The event came one week after the team’s second Kenai meet of the season, where Coach Solomon D’Amico said the team continued to hone the skills that culminated in so many personal bests over the weekend.

“Every meet has been pretty good so far,” D’Amico said. “We keep stringing together really good practices, day-to-day within each day, and then it’s really just shown out at the meets. The kids are rising to the occasion and throwing down some nice swims.”

At Kenai, Sophomore Oliver Trobaugh swam a new personal best time in the 50-yard freestyle, clocking in at 29.86.

“He broke 30 seconds for the first time last weekend,” D’Amico said, “and then he was real close to breaking it again this week, so that was cool to see.”

On the boys’ side, Trobaugh achieved another personal best, this one in the 100-yard breaststroke, with a 1:24.42, four seconds faster than his previous best. Freshman Iver Gates took second place in the 200-yard IM with a personal best of 2:26.18, over 13 seconds faster than his previous best from swim club. Coach D’Amico told the Journal that all the underclassmen continue to make impressive strides at every meet.

“They’re putting in a ton of work and learning and getting better every week,” he said.

Yet it was in the relays that the team exhibited record-shattering domination, beginning with the 200-yard medley relay. Junior Ben Ambrosiani swam the backstroke leg, followed by Jackson Bird swimming breaststroke. Paxton Hill swam the butterfly, and Nick Ambrosiani swam freestyle in the anchor leg, bringing the team in first at 1:45.68, setting a new pool record, 1.31 seconds faster than their previous best.

“Ben was very near to breaking 28 seconds in his split,” Coach D’Amico said. “It didn’t happen this time, but he still swam a really quality leg. Jackson swam his best 50 breast leg of that event, this season or ever, in going 29 mid. And then Paxton, I think he’s probably swam faster, but this was right at his best. I have him at 24.76, which is really cool to see, under 25. Then Nick got ‘em home in under 23 seconds.”

The next relay was the 200-yard freestyle, with Seward claiming a 1:35.04 victory. Swimming the first and second legs of the race were Nick and Ben Ambrosiani.

The final race of the day, the 400-yard freestyle, would present its own challenges. The team had already put in a full day of swimming, some having just competed without a chance to recover.

“Jackson had just swum almost his lifetime best in the 100 breaststroke, his best event,” D’Amico said. “We got him recovering right away. We sat him down on a bench and had him cool down, recharge a bit, and then decompress for a few moments, and then got him back, ready with the boys. He got fired up and rose to the occasion.”

Nick Ambrosiani swam the first leg, followed by his brother Ben and a still-recovering Jackson Bird on the third leg. Swimming anchor was Paxton Hill with a first place 3:28.93 finish that not only set a new pool record but also a new record for the school, breaking the previous record, set four years ago.

“Nick went 52 flat with my hand time, and then Ben followed that up with a 51.5,” D’Amico said. “They all broke 53. Jackson went 52.97. Then Paxton went 52.25. That was really cool to see. They validated all their efforts over the years, and they’re not done yet. That relay looks like it’s our best relay, our best chance to maybe have a nice performance at state.”

The coach went on to say that the team could qualify for state championships in all three relays, depending on their performance at regions in Palmer on Oct. 28 and 29.

“We’re at a decent position to maybe qualify all three relays at state,” he said. “It all depends on what happens on the second day of the region championships. They only do the top eight teams. The four region champions are automatic qualifiers, and then throughout the state, the next four fastest times from each region’s A final goes in the A qualifiers for relays. Right now, in region 3, it looks like we’re in a pretty decent spot to maybe take the three relays at regions, and head all three to state.”

But before state or even regions, a more immediate challenge looms on Oct. 7-8: the SoHi Pentathlon in Soldotna.

“This coming week will be the SoHi Pentathlon, which is a two-day meet,” D’Amico said. “They use the kids’ 200 IM times to seed the meet, and then each kid gets to swim a 50 of the events. At their age, they don’t typically get to swim that short of a distance unless it’s a 50 freestyle. It’s a 50 in each stroke and a 100 IM, which is also shorter. Then the following day will be just a regular meet, which should be fun. It’ll be our first overnight trip. The kids are really looking forward to it."

Yet with state looming and several meets in the interim, D’Amico said that the competition has just as much time to sharpen its skills.

“There’s still four or five weeks in the season left, and I know a lot of teams are going to get a lot faster,” he said. “We still have got a lot of work to do even to qualify those four guys and the four underclassmen still have a lot of things to look forward to, and even without that kind of record-breaking success for those kids, it’s a special season for all eight of them. They’re really just working their tails off and coming in with a great attitude and learning, listening. It’s really been fun to be a part of.”

An ongoing list of all state and regional rankings is available through swimcloud.com.