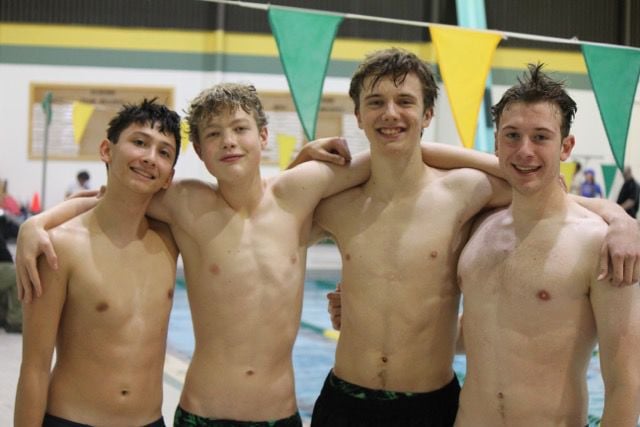 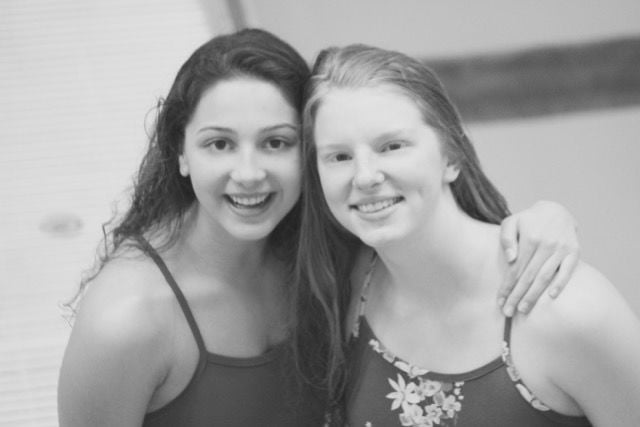 Madison Story and Lydia Jacoby pose after a recent meet.

Madison Story and Lydia Jacoby pose after a recent meet.

Now I will tell you the more complex stories of state swimming. Madison Story, of Homer, and Lydia Jacoby have been swimming against each other for years. They have gone back and forth on the podium levels and even though they have conceded victories to each other, their friendship remains as fierce as their competition. A twist this year to their competition was in the 200 IM. Story finished in first place. The last time a female swimmer from Homer won a first-place medal at state was when Madison’s mother, Corise Story, won three state titles in 1994.

The same fierce competition and friendship can be said about Ethan Evans from Soldotna and Connor Spanos. They too have shared multiple levels of the podium over the years, this year it was seen with the 50 free. Evans finished in third place with a time of 21.26, Spanos finished fourth with a time of 21.89. Earlier in the season, Spanos was at the top of the podium in the 50 free and Evans took second at the Soldotna Pentathlon.

Fierce competition and friendship were seen between the Seward swim team and the Homer swim team. At any given meet you would see one team cheering on the other team. It embraces the essence of what competing against each other is all about.

Finally, the 2019 SHS swim team was like no other. The support in and out of the water and the genuine friendships that developed this season created memories that will last a lifetime. It was even reported that coach Meghan O’Leary was tearing up on the last day of the state competition. The respect the swimmers had for their coach was reciprocated. Congratulations swimmers, this season was truly great.