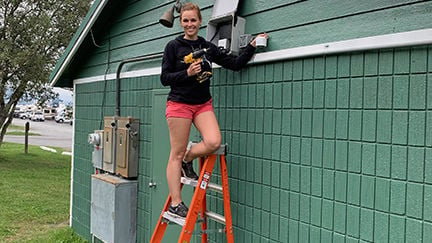 Graduate student Julia Hnilicka has spent the summer traveling to rural communities in Alaska to install PurpleAir Air Monitoring systems, which collect data on harmful particulates in the air. Here, she is installing the system in Seward, which is currently up and running, and results can be viewed online at purpleair.com. 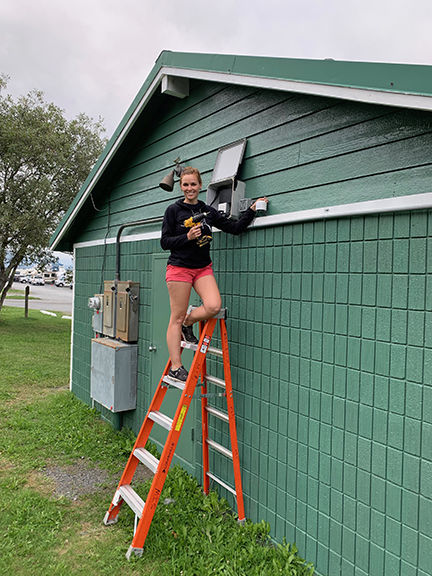 Graduate student Julia Hnilicka has spent the summer traveling to rural communities in Alaska to install PurpleAir Air Monitoring systems, which collect data on harmful particulates in the air. Here, she is installing the system in Seward, which is currently up and running, and results can be viewed online at purpleair.com.

With the crystal-clear view of mountains, Alaskans seldom think of air pollution as a pressing health concern. While Alaska does not battle the air quality concerns shared by many in the Lower 48; such as smog, acid rain or surface ozone; air pollution is still an issue, and surprisingly, is found in many of the more rural communities.

Defined by the EPA as a "mixture of extremely small particles and liquid droplets," Particular Matter (PM) are minuscule pollutants that can present serious health problems when inhaled, particularly to the lungs and heart.

Split into “coarse” and “fine” based upon their size, either can be inhaled and cause sickness if present in the air. Examples of “coarse” PM are dust from roads, agricultural work, river beds, construction sites, or basically anything that kicks up some dust. “Fine” PM are caused by burning fuels from things like power plants, wood-burning stoves, vehicles, and wildland fires.

Julia Hnilicka, a graduate student with the Rural Development Program at UAF, passed through Seward to install a PurpleAir Air Quality Monitoring Sensor at the Waterfront RV Park. The sensor is part of a state-wide rural air quality study. At the end of the study, it is hoped that enough usable data will have been gathered on air pollutants to be of use in several areas. It is already set to aide a wildland fire app being developed by Dr. Jingqiu Mao, an assistant professor with the Department of Chemistry and Biochemistry at the Geophysical Institute at UAF. He said the app is designed to give up-to-date information on Alaska fires, to include details relevant to a particular area and fire predictions.

This information can also be used to aide rural communities and villages in obtaining grants for eliminating contaminants in the air in places that have higher concentrations of PMs.

PurpleAir Air Quality Monitoring Systems can be purchased online by anyone who wants to know what is in the air around them. The data is uploaded online as it is collected and can be viewed in real-time. The device is around the size of a coffee mug and all you need to set up is an electrical outlet and WIFI. It costs about a dollar a year to operate it full-time, and it collects data continuously while operational.

The rural towns who received a monitor were chosen based on where the average or “typical” wildfires are, and also which were located on the road system. Being the first year of this study, it was important to have access to the monitors in the event of the equipment needing adjustments or repairs, Hnilicka said.

Hnilicka also said some of the more common questions regarding the monitor sensor revolved around what exactly it records. To clear the air – pun intended – there are no cameras with the system and the only thing it monitors, or records, is particulates in the air.

All of the data collected by the sensors installed by Hnilicka around the state, including the monitor in Seward, can be accessed by the public at the website at purpleair.com.

Next year, the study is hoping to install sensors in clinics and schools, which will raise awareness about indoor air quality and health. Gathering a second data reading will give a more complete picture of the air quality of that community, as well as work as a backup in the event that one sensor is down. 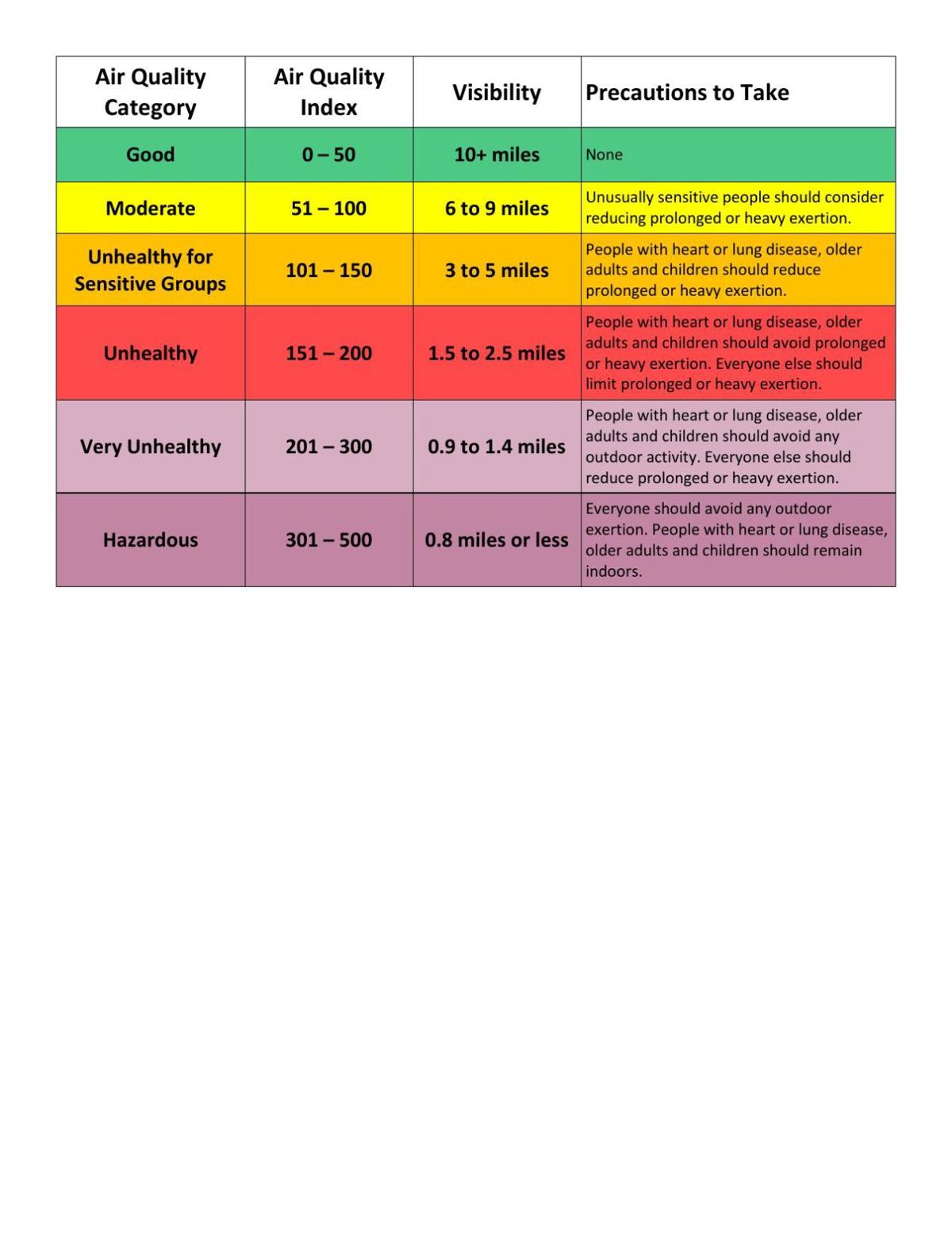 As you can see in the chart, air quality is hazardous when readings go over 300, and it is strongly advised to stay inside with doors and windows shut. Seward recently received a reading of 495. Unhealthy levels are categorized with an air quality index of just 101, with specific genres of people – such as the elderly or those with lung and heart problems – being advised to limit exposure or exertion at these levels.

In light of overwhelming wildfires, the State of Alaska generated a press release following air quality advisories due to the abundance of smoke. The release urges Alaskans to check advisories on the Alaska Department of Environmental Conservation (DEC) Advisories/Episodes web page and take appropriate measures to limit exposure to wildfire smoke.

The DEC Air Online Services also offers air quality alerts via text if you sign up on their website at dec.alaska.gov. But, if you’re interested in checking out Seward’s air quality via the new censers, check out the purpleair.com website and search for Seward.