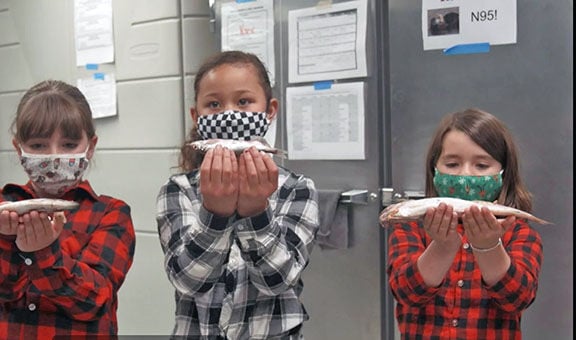 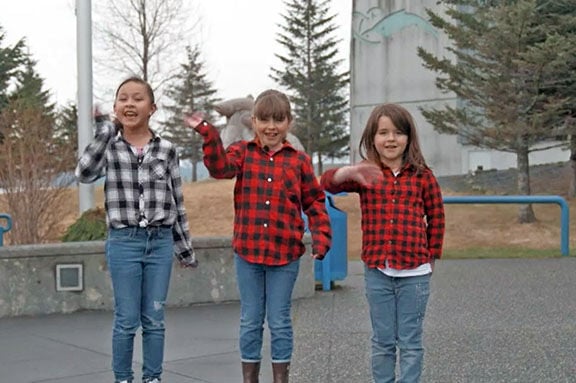 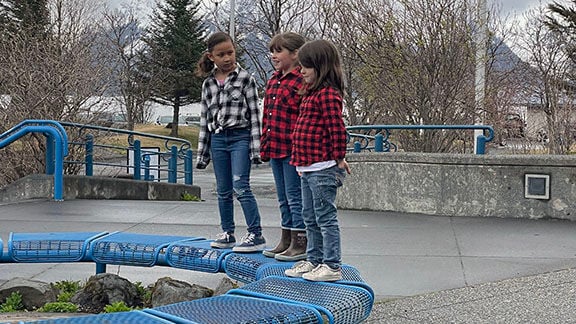 (left to right) Lily, Delaney and Bailey hitting their marks and awaiting their closeups

(left to right) Lily, Delaney and Bailey hitting their marks and awaiting their closeups

Three Seward Elementary students have rocketed to PBS superstardom with their recent appearance on the nationally distributed animated children’s program "Molly of Denali," the first show of its kind to center around an Alaskan Native as its lead character. Season two, episode eight, ‘Sea Lion Crooks and Halibut Hooks’ premiered on March 16 containing a live action segment featuring second graders Lily Schablein and Delaney Lunardi, as well as Delaney’s younger sister Bailey. In the segment, the three girls report to a cartoon Molly over video chat about a recent trip to the Alaska SeaLife Center (ASLC).

Taped last year, Lily, Delaney, and Bailey were granted special access to a training session with one of the ASLC’s resident Steller sea lions, Forrest.

“They did feeding the sea lion, doing different hand motions to get the sea lion to open his mouth and wave and burp,” said Lily’s mother Ari Schablein, “and then afterwards they came out and they did a little speech like they were talking to Molly of Denali.”

Delaney and Bailey’s mother Carrie Lunardi said that the experience was unforgettable for all three participants...or all four, counting the sea lion.

“The girls were really excited to be able to participate and get to go behind the scenes to meet Forrest the sea lion and learn the ins and outs of working at the SeaLife Center,” she said. “They loved being able to work with Forrest in his little tricks that he does. They got to do a bunch of the ones that they didn’t even show on the episode, doing their gestures and getting him to respond with different tasks.”

“We go there all the time,” she said. “We have the family membership and we go through school a lot, but just to be able to go to an area that normally you don’t get to go. It’s pretty exclusive, and all the staff was really welcoming and really patient with the girls, and being able to do that during COVID also was pretty exciting. I didn’t think it was going to happen.”

For the episode’s March 16 premiere, all three stars were joined by family for a red carpet world premiere screening via teleconference.

“We watched it over Hulu,” Mrs. Lunardi said. “Ari told me when it was going to air, so we set up a Zoom date with her and Lily, so my girls and I and my sister and my niece watched it at my house, and we were FaceTiming with Lily and Ari and all watching it together.”