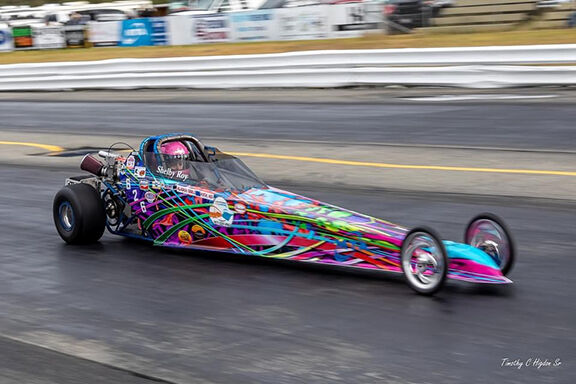 Shelby on the track. 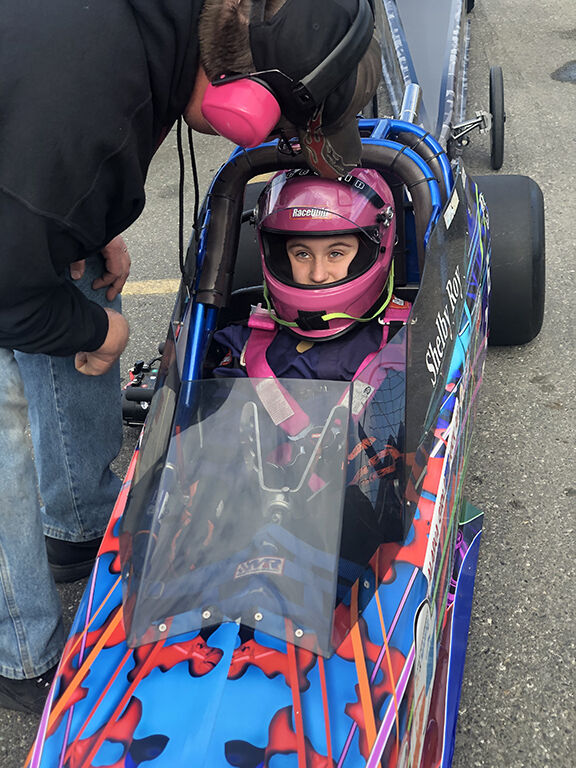 Shelby receives instruction from her father and coach Jeff. 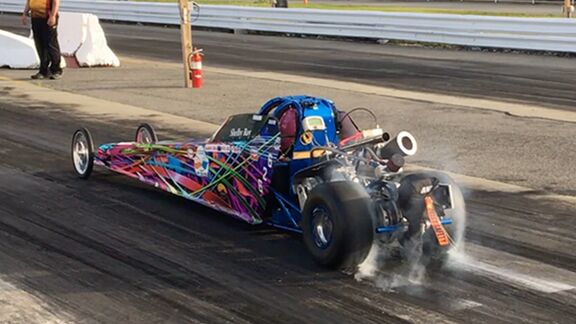 Shelby takes off from the start line. 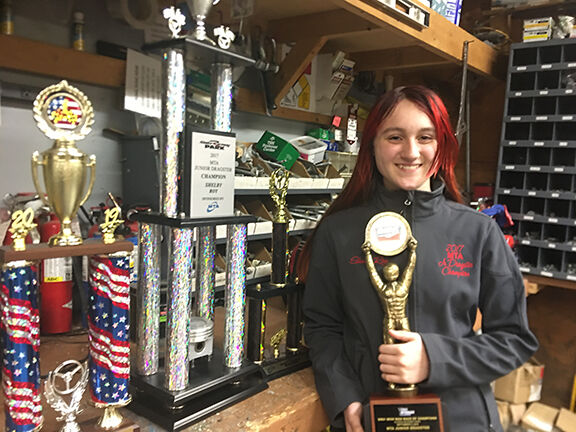 Shelby in the garage with some of her trophies. 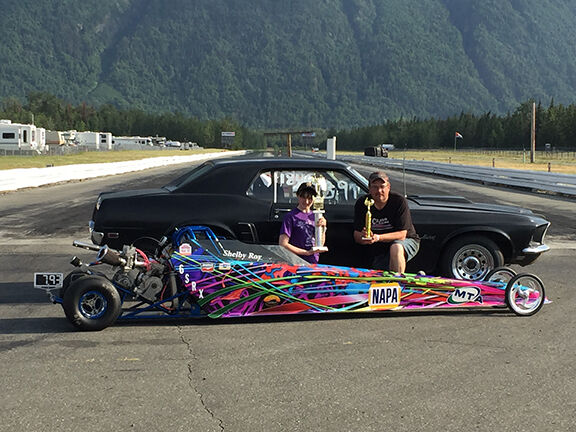 Shelby Roy with her trophy.

Shelby on the track.

Shelby receives instruction from her father and coach Jeff.

Shelby takes off from the start line.

Shelby in the garage with some of her trophies.

Shelby Roy with her trophy.

Shelby Roy sat in the cockpit of her junior dragster, helmeted in pink. The tiring flight down to the Owingsville, Kentucky I-64 Motorplex had been worth it for the 13-year-old Seward native. She had won all five of her previous heats, but one final competitor now stood between Shelby and her claim to victory in the Summit Super Series Points Race.

She glided her dragster up to the starting line. The alcohol-powered motor popped and rumbled as Shelby’s father Jeff stood over the car, checking her clutch and making a final RPM adjustment. He stepped away with a satisfied nod, and Shelby found herself alone with the staging lights of the starting tree. Her fellow finalist’s dragster roared eagerly in the lane to her left. It was all up to her now.

Drag races can be won or lost off the line, and as Shelby’s gloved fingers gripped the wheel of her dragster, the years she spent honing her reaction time gave her full confidence in the snappiness of her muscle memory. The starting countdown descended through a trio of amber lights.

A blinding instant before the final green bulb sprang alight, Shelby pressed the full force of her weight into the accelerator pedal, and her dragster spat forth off the line, pinning its pilot back in her seat.

Cutting down the track, Shelby’s only thought was to push, push, and maintain a steady straight course. Bracketed drag racing is handicapped, and Shelby’s opponent had torn off the line with a 0.2 second head start. He soared down the track, just beyond reach. Shelby gave chase, relentless.

The finish line hurried toward them both. Now within a car length, the nose of her opponent’s dragster reached desperately for victory. But Shelby charged on, unwavering, her whole being on the accelerator, and as the tip of her car broke the finish laser 0.0045 seconds before her competitor, a bright white light signaled to Shelby Roy that she was the victor.

The final 2020 Junior Summit Super Series Points Race had come to a thundering end in 8.04 seconds at 78 miles per hour.

The $200 first place prize is the latest in a growing collection of wins that Shelby has amassed since embarking on her racing career at the tender age of nine. She first acquired the racing bug at age four, when she would accompany her father to the racetrack and see children just a few years her senior racing each other down the same strip her dad raced. Five years later she would find herself behind the wheel, and from that moment, her shelves have steadily grown laden with trophies.

Her father Jeff is her crew chief, her coach and her biggest fan. Her mother Becky also joins the crew when Shelby races in Alaska, and additional support has come from patrons around Seward. Racing can be a costly pursuit, and the Roys are grateful for the various sponsorships Shelby has received from Tony’s Bar, No Sweatt Auto, NAPA Auto Parts, Cool Hand Luke’s Small Engines, The American Legion, and Alaska Performance RV and Marine.

“There is so much generosity in this town, people that really step up and help us, that it’s unbelievable,” Jeff said.

But it’s a generosity the Roys pay forward. Regarding her money prizes, Shelby said, “We usually give it to the food bank.”

“We’re pretty fortunate,” Jeff added. “We’re able to go out drag racing. The least we can do is, if we win some money on it, kick some to the food bank.”

Though a veritable career and countless championships already lie under her belt, Shelby Roy admits after some reflection that her best memory is still, “My first win.” With a lifetime of races yet to run, she approaches her passion with a grace and poise uncommon in most 13-year-olds. But then, how many 13-year-olds can go from zero to 60 in 3.7 seconds?