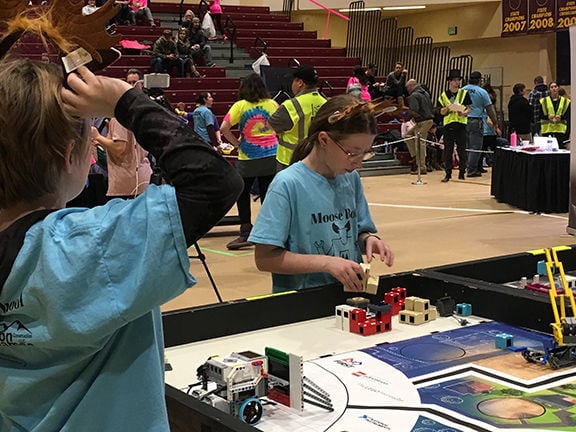 Axel LaRock, Lillian Blair and their robot Pteradactyl prepare for the robot game. 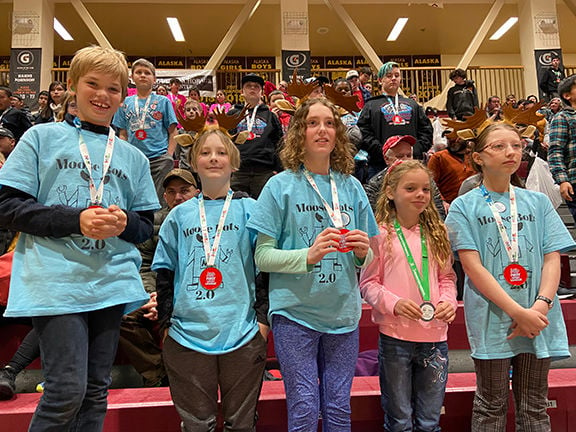 The Moose Bots 2 at the closing ceremony. Above Left: Seward Sister Builders show off their "show me" poster. 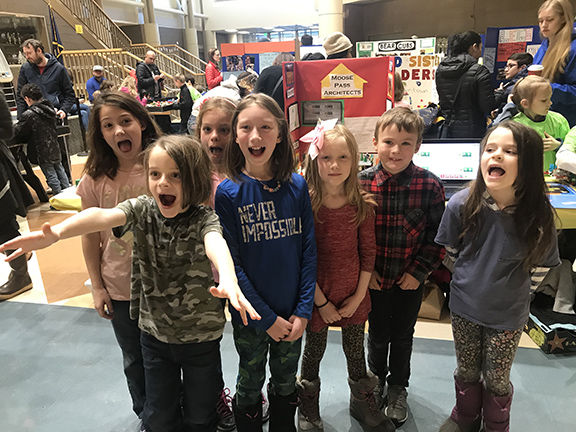 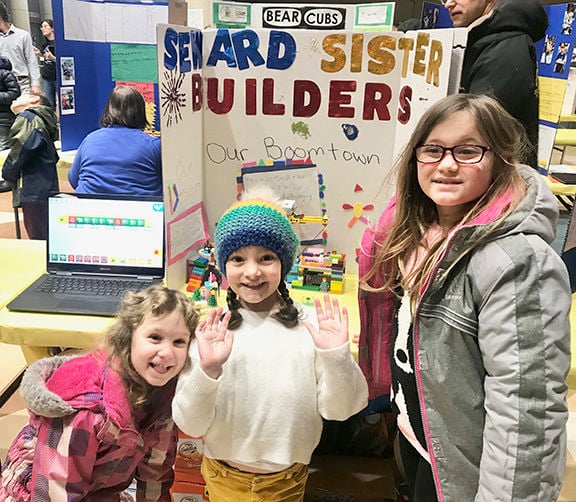 Seward Sister Builders show off their "show me" poster.

Axel LaRock, Lillian Blair and their robot Pteradactyl prepare for the robot game.

The Moose Bots 2 at the closing ceremony. Above Left: Seward Sister Builders show off their "show me" poster.

Seward Sister Builders show off their "show me" poster.

Two local teams competed in the Junior FIRST LEGO League division for students in Kindergarten through third grade. They are the Seward Sisters and the Moose Pass Architects. The Seward Sister are coached by Carmen and Olin Darby. Team members include Adelai Andersen, Dakari Andersen, Violet Darby, and Kensy Komerek. The Moose Pass Architects are coached by Laura Johnson and Wendy Bryden. Team members who attended the event include Maddy and Orion Aigeldinger, Landon and Lauren Blair, Gabriella Bond, Sofia Brewi, and Jack Swain.

This year’s theme, Boomtown Build, challenged teams to build their model city out of LEGOs with at least one moving part, and create a "show me" poster which explained their discovery journey through the season. The teams use LEGO motors powered by software to make their creation move. Each team’s city also included the Boomtown Build crane which was built from established plans.

The Moosebots 2.0 also competed at the Robot Rendezvous in the FIRST LEGO League Division for students in fourth through eighth grade. Students on the team who competed included Lillian Blair, Dylan Bond, Olive James, and Axel LaRock. They are coached by Wendy Bryden and Laura Johnson.

The students build a Lego robot which they use to complete missions on the game board to score points. After competing in the state qualifier in December, the students rebuilt their robot and created a new game strategy for the January competition. These efforts allowed them to score 310 points during the robot game. This doubled their score from qualifier and allowed them to place 11th of 51 teams.

The students also complete an innovative project relating to an annual theme. This year’s theme was City Shaper. Students were encouraged to complete a project which solved a problem in their community. The students created a unique bat box. The students plan to hang their prototype at the Moose Pass School.

Look for more FIRST Lego League action in the Seward area in the upcoming months as this program continues to grow locally. If you have any interest in coaching a team or want to know more, please contact Wendy Bryden. Wbryden@firstinspires.org. (907) 362-1590.