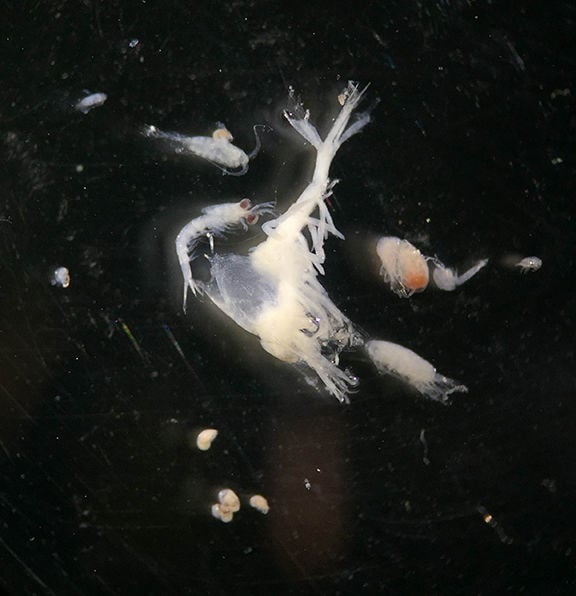 A mix of zooplankton species caught in the Gulf of Alaska is shown under a microscope. 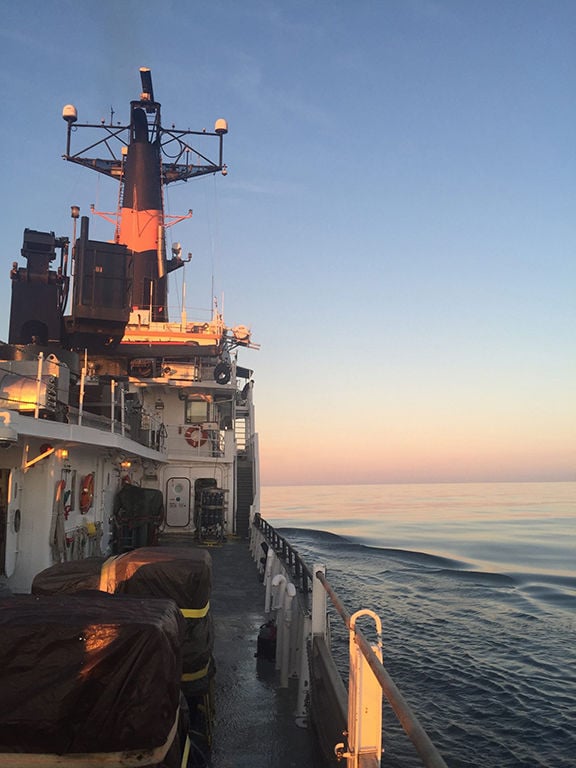 The research vessel Oceanus travels in the Gulf of Alaska in July 2016. 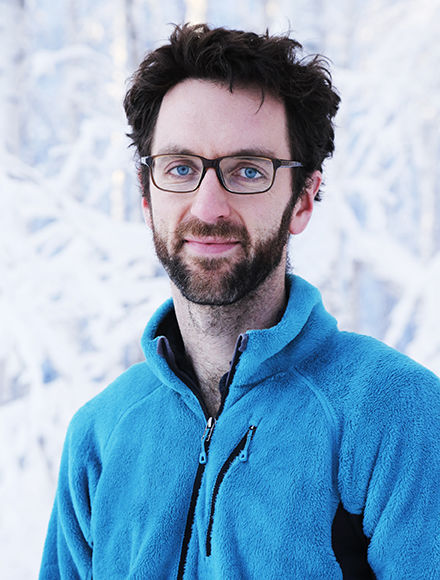 A mix of zooplankton species caught in the Gulf of Alaska is shown under a microscope.

William Burt was pleased. As the research vessel Oceanus sailed away from Seward in July 2016, his equipment began detecting just the sort of phytoplankton he expected to be floating around the surface of the northern Gulf of Alaska.

Burt settled in to watch his newly designed optical sensors record the presence of billions of the tiny single-celled plants as they went about their work of photosynthesizing carbon dioxide from the atmosphere.

Daylight dwindled, and the readings tapered off as expected. He could have wandered off to bed, but he was too worried about losing data if there was an equipment malfunction during the night.

Suddenly, as evening fell, the readings showed enormous spikes, as if the sensors were completely saturated. “I thought they were broken,” he said.

These messy data spikes continued all night and then stopped shortly before sunrise. The same thing happened every night of the cruise. The only thing Burt could think of was that something was arriving for dinner by the millions. What he had in mind had never before been measured with optical equipment.

After the cruise, Burt confirmed his hunch with a microscope. The sensors had unexpectedly recorded the largest animal movement in the world — the daily vertical migration of marine zooplankton, which were coming to the surface to dine on phytoplankton. If optics could also count these critters, it could mean a huge leap forward in estimating zooplankton abundance.

Burt is now an assistant professor at the University of Alaska Fairbanks College of Fisheries and Ocean Sciences. Back in 2016, when he sailed from Seward on the Oceanus, he was doing research at the University of British Columbia. His goal was to use his underway optical system to measure phytoplankton.

Scientists are especially concerned about monitoring these microalgae because they are being affected by rising surface temperatures and increased glacial runoff. Phytoplankton are at the bottom of the aquatic food chain, so what happens to them affects the entire ocean.

These miniscule plants are too small to catch in a net, so their abundance is usually determined by measuring the chlorophyll they make. With recent developments in ocean optics, scientists have been able to more directly measure phytoplankton by detecting light bouncing off them, called backscattering.

This had never before been done in Alaska, though. Burt was optimistic about using his optical system in the clear, cold waters of the northern Gulf of Alaska, where most of the particles in the water were phytoplankton.

Once the ship left Seward, Burt began pumping water from the ocean into his optical system. As it flowed through, an instrument called a bb3 flashed three different wavelengths of light through it. Each time light struck a particle, the light scattered in different directions and eventually bounced into a sensor. The sensor detected how much backscattering occurred, with larger particles causing more scattering and higher readings.

Burt’s daytime readings were high resolution, consistent and an appropriate size for phytoplankton. Then, as the light waned, the bb3 readings started to spike.

The spikes continued all night. They were too consistent to be bubbles, the usual nemesis of backscatter readings, and in too great of a quantity to be discarded as data “noise.”

The pattern of spikes continued for the duration of the 15-day cruise, indicating something 10 times larger than phytoplankton arriving each evening.

Burt placed a sieve at the output of the device to collect samples to compare to the readings. Even though the particles were much larger than phytoplankton, he still couldn’t see them without a microscope.

Back at his lab, the microscope revealed five critters a few millimeters long that looked like semi-translucent crustaceans. A colleague helped Burt identify the animals in the sample — two copepods, a decapod, an amphipod, and a huge euphausiid — all classic examples of migrating zooplankton.

Burt realized he had used ocean optics not only to measure phytoplankton in Alaska for the first time but also to gather clear evidence of the daily vertical migration of zooplankton.

A new view of zooplankton

Even though they are microscopic in size, zooplankton are among the most important animals in the marine ecosystem. Zooplankton eat phytoplankton, and in doing so, they transfer up the food chain the energy that phytoplankton create with photosynthesis. Animals from whales to jellyfish feed directly on zooplankton or depend on them indirectly by consuming smaller animals that do.

Because they are such tasty prey, many zooplankton have to hide in darker, deeper water during the day and wait until the sun sets to feed on phytoplankton at the surface. Billions of them swim as much as a thousand meters back and forth every day around the globe.

As oceans are affected by climate change, scientists are paying more attention to the daily migration of zooplankton. Their journey is one way that carbon dioxide, the primary greenhouse gas responsible for global warming, is removed from the atmosphere and stored in the deep ocean.

Measuring zooplankton abundance traditionally starts with catching them in a net. The method, while extremely accurate, takes days of microscopic analysis. Often the net samples a vertical column of water. That provides a wealth of information about the zooplankton present but little about their daily vertical migration because the net pulls them up all together.

Backscattering could measure zooplankton much faster — in milliseconds. The optical system collects data whenever water pumps through it, including when a research vessel moves from one location to another. Researchers can view the data as it arrives.

Burt’s optics caught the attention of researchers at Oregon State University, who had begun investigating the possibility of measuring zooplankton migration on global scales. They were using backscatter signals from satellite-mounted lasers, a technology known as lidar.

Burt co-authored a research paper on the subject that appeared in the journal Nature in November 2019. The researchers concluded that satellite lidar provides a detailed global view of zooplankton’s daily migration and effects on ocean chemistry.

Burt is now building an optics system for UAF. He will take it on the research Seward based vessel Sikuliaq in April 2020 to use in the Northern Gulf of Alaska Long-term Ecological Research project.

On board, Burt will compare his optical readings of phytoplankton and zooplankton to new samples taken by colleagues and to decades of data collected earlier through the LTER project. The results could show just how effectively optical systems illuminate what is happening in the ocean.

“It’s possible that we can go much further with this. We’ve only just started,” Burt said.

But he doesn’t suggest that optics should replace tried-and-true sampling yet. “We need to keep making traditional measurements, because as we are using all these fancy new methods, we need the old-school ways to make sure we are doing it right.”

So this spring Burt will be out on the Gulf of Alaska on the Sikuliaq, where he intends to “sample like crazy.”

“It means that I am never going to sleep,” he said with a grin, “because I’ll always be hoping to get data.”

Alice Bailey is a public information officer for UAF's College of Fisheries and Ocean Sciences. She can be reached at 907-474-5350 or alice.bailey@alaska.edu.