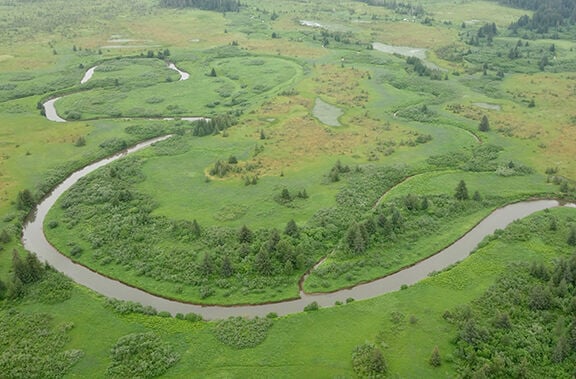 A muskeg landscape near Yakutat. 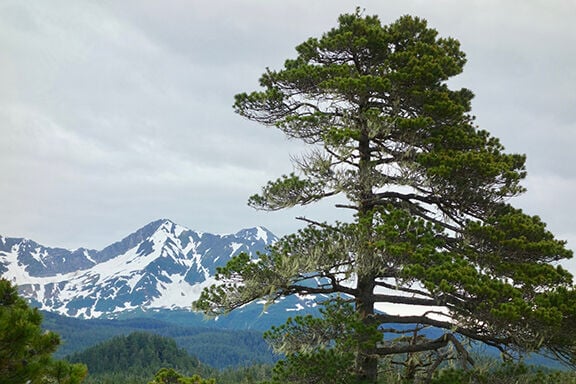 A “shore-pine” version of lodgepole pine near the town of Yakutat. 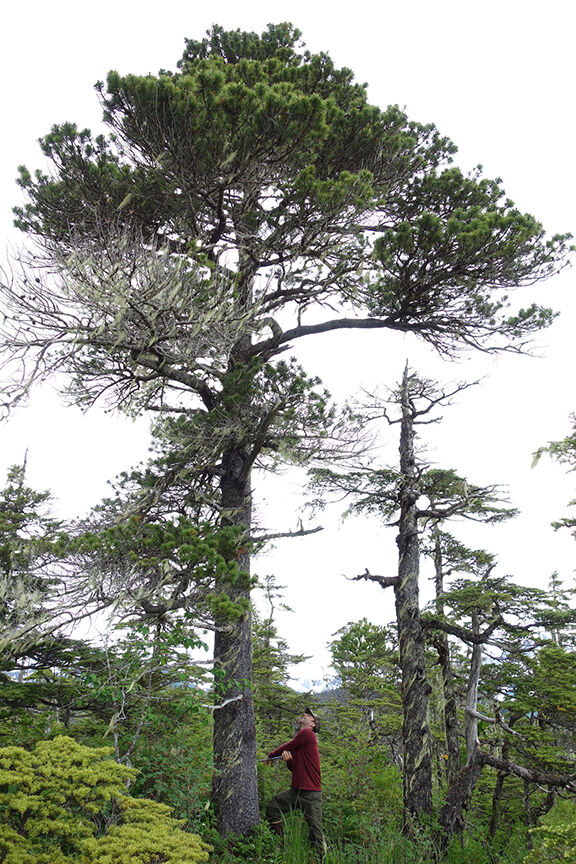 Ben Gaglioti takes a core from a tree in the farthest-north grove of lodgepole pines in Alaska, near the town of Yakutat. 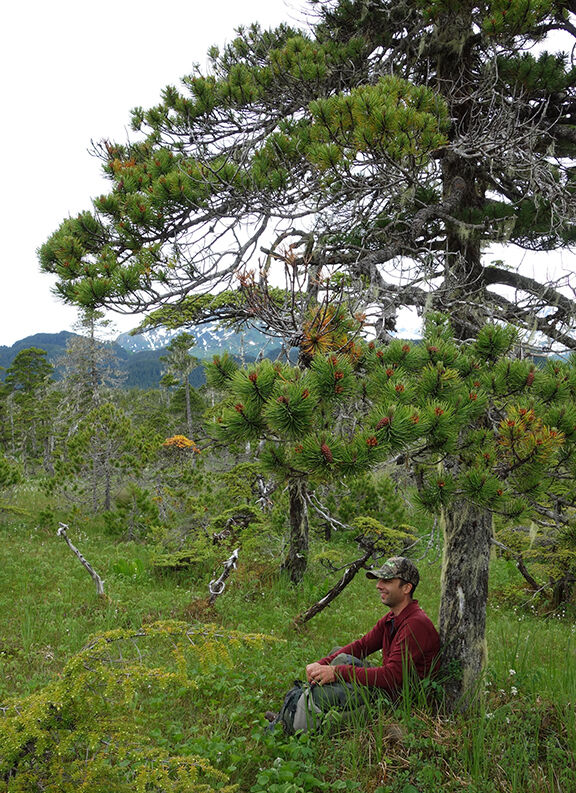 Ben Gaglioti rests beneath a lodgepole pine near the town of Yakutat. 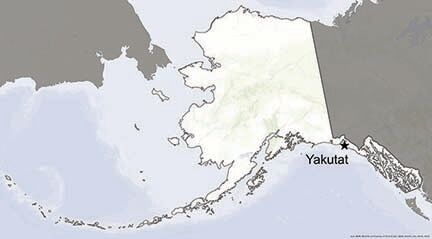 A muskeg landscape near Yakutat.

A “shore-pine” version of lodgepole pine near the town of Yakutat.

Ben Gaglioti takes a core from a tree in the farthest-north grove of lodgepole pines in Alaska, near the town of Yakutat.

Ben Gaglioti rests beneath a lodgepole pine near the town of Yakutat.

“There they are,” Ben Gaglioti said, after a short hike off a gravel road leading away from this small fishing town.

Gaglioti walked in rubber boots on a green, squishy carpet of muskeg — a wild garden of water-loving plants growing on acidic soil that has for centuries prevented the encroachment of giant rainforest trees.

He spotted the lime-green shade of a few lodgepole pine trees here, at their farthest-north location in Alaska. The trees’ tint was a bit darker than the needles of hemlock and Sitka spruce to which the eye grows accustomed around this Southeast Alaska town. The bottle-brush branches of the pines curved upward, like fingers on a hand poised to catch a ball.

I followed Gaglioti, a paleoecologist with UAF’s Water and Environmental Research Center through an enchanted forest, a landscape I had never seen in Alaska.

We were on the Yakutat Forelands — a sweep of forested lowlands left behind after glaciers retreated from the landscape hundreds of years ago.

Taking steps that felt like walking on a trampoline, we moved through a pine grove in a few-acre spread of open green muskeg. That muskeg excludes the rainforest Sitka spruce and hemlock that dominate most of this plain beneath high mountains.

High-stepping the spongey ground while surrounded by pines was a most unique experience on this enormous peninsula. There are simply not many pines in Alaska.

Most lodgepole pines on mainland Alaska were imported from somewhere else by people. This smaller variety of lodgepole pine, also known as shore pine, exists from around Yakutat southward along the coast to the central Rocky Mountains and California.

The merry band of trees that surrounded us, many of them belt-high but a few 30 feet tall, have been rooted in that spot for a long time —their ancestors might have brushed the shoulders of the first humans scampering through on their way to populating the Americas.

A scientist determined a few decades ago that those pine trees have stood in the Pike Lakes region of Yakutat for thousands of years. Dorothy Peteet found an ancient needle in the bottom of a core she had pulled from the muskeg. She sent it to be carbon dated; the pine needle was about 10,000 years old.

Peteet is a paleoecologist at the Lamont-Doherty Earth Observatory in New York. She became intrigued with the Yakutat pines about 35 years ago when a Forest Service researcher there guided her on a hike to the pines.

“I was totally intrigued by the pines, the pike fish, and the copper flower, which is unusual for this region,” she said.

The pike in the small lakes around the pines are an isolated group of fish, far from any other northern pike in Alaska. Peteet caught one during her research there in the late 1980s. The fish’s presence in the waist-deep lakes is a mystery — how did they get there, and why are they so far away from other pike in Alaska?

The lakes, the pike, and the sunshine-loving pines probably came together here about 10,000 years ago. That was when the last ice age was fading; tongues of ice were withdrawing to the shrinking, dirty white sheet that covered most of North America.

Like the pike in the lakes, the shore pines seem not to have budged.

“(It’s) strange that the pines have not moved northward from this area since they arrived,” Peteet said.

During our few hours in the enchanted pine forest near Yakutat, Gaglioti cored a few of the larger trees, removing pencil-size samples from the trunks of trees and placing them inside paper straws. He would carry them back to UAF, where he hopes to learn more about their history.

We hiked the mile back to the road intending to perhaps come back in a few days, if an atmospheric river pointed at Yakutat did not wane. But the rain slowed, and a few days later we flew out for a productive trip to La Perouse Glacier.

We never did make it back on that trip, and I may never return to the farthest north pine forest in Alaska. But it was nice to add a friendly, blue-green landscape to the many images of the state that reside in my brain.

Since the late 1970s, the University of Alaska Fairbanks' Geophysical Institute has provided this column free in cooperation with the UAF research community. This year is the institute’s 75th anniversary. Ned Rozell ned.rozell@alaska.edu is a science writer for the Geophysical Institute.