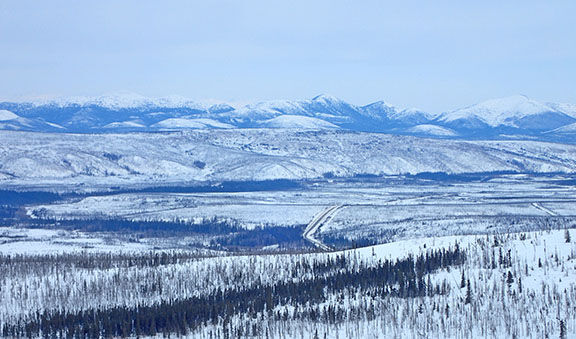 The valleys of Jim River and Prospect Creek in northern Alaska, where an official thermometer registered Alaska’s all-time low of minus 80 degrees F on Jan. 23, 1971. 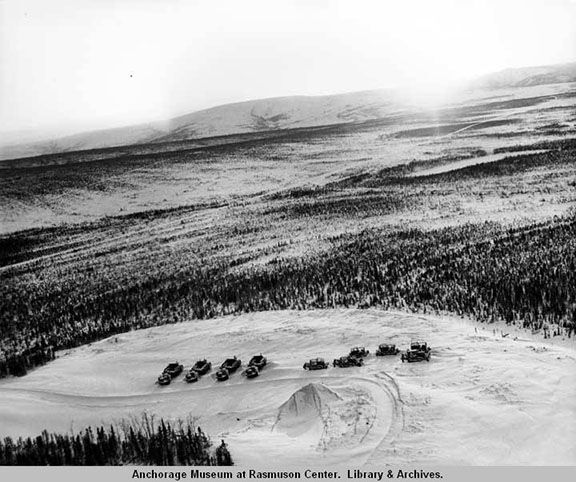 Prospect Creek Camp under construction in 1970. 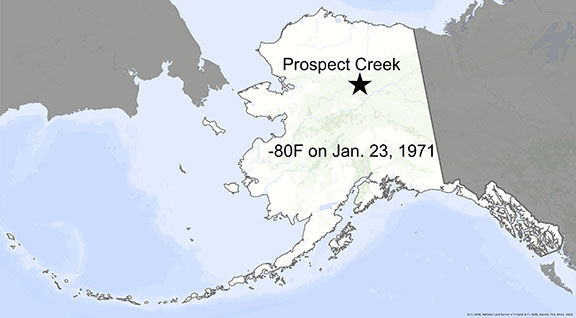 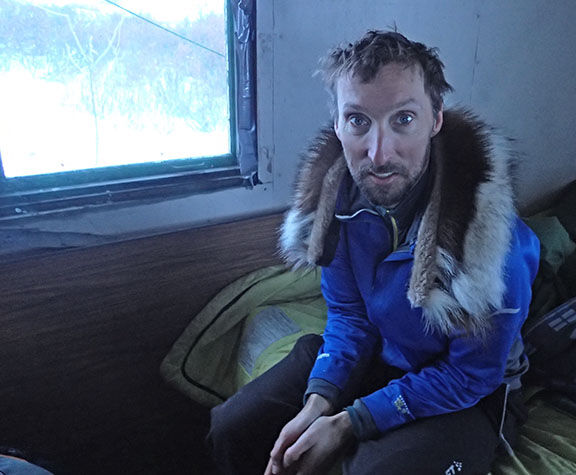 Fairbanks meteorologist and fan-of-the-cold Ed Plumb, on a 2015 ski trip from Shishmaref to Nome.

The valleys of Jim River and Prospect Creek in northern Alaska, where an official thermometer registered Alaska’s all-time low of minus 80 degrees F on Jan. 23, 1971.

Prospect Creek Camp under construction in 1970.

Fairbanks meteorologist and fan-of-the-cold Ed Plumb, on a 2015 ski trip from Shishmaref to Nome.

Jan. 23, 2021, is the 50th anniversary of Alaska’s all-time cold temperature: minus 80 degrees Fahrenheit, recorded by a weather observer at Prospect Creek Camp.

Now a clearing in the woods, Prospect Creek Camp was located near the confluence of Prospect Creek and the Jim River, just north of the Arctic Circle and about 160 miles north of Fairbanks.

The camp was there to house workers building the trans-Alaska pipeline. The high temperature at Prospect Creek Camp that January day in 1971 was minus 64 degrees. The warmest air people in Allakaket (about 56 miles away) felt the next day was minus 66 degrees, which is still Alaska’s record for the coldest high temperature of any day.

Nearby, Bettles was mired in a classic cold snap: Thermometers in the small town on the Koyukuk River hit 25 below or colder for a month straight.

Along with the war in Vietnam and the trial of Charles Manson, the U.S.-record low temperature half a century ago was front-page news in the Fairbanks Daily News-Miner.

Beneath the headline “Ice fog clogs Fairbanksans,” reporter Sue Lewis wrote of a new daily low record of minus 55 being set in Fairbanks on the same day it was 25 degrees colder at Prospect Creek. She also mentioned a four-car pileup due to thick ice fog.

An editorial writer accurately described that phenomenon, rarely seen these days because air temperatures need to drop below minus 30 before it can form:

“Ice fog is produced when water vapor coming from automobile exhaust, buildings, furnaces and open water from heating plants meets an air mass too cold to dissolve it and cold enough to crystallize it.”

Looking back at climate records, January 1971 weather was worthy of news coverage. The average temperature in Fairbanks that month was minus 31.7!

As impressive as Prospect Creek’s minus 80 seems today, Alaska’s record is not North America’s all-time low. The revered mark of minus 81 degrees F was set on Feb. 3, 1947, in Canada, at an airstrip called Snag, less than 20 miles from Alaska.

Alaska has come close to the all-time cold record a few times. On Jan. 27, 1989, Galena registered at 70 below, McGrath 75 below, and Tanana 76 below. Weather observers Dick and Robin Hammond of Chicken, Alaska, recorded minus 72 degrees during their 8 a.m. thermometer check on Feb. 7, 2008.  Two days later, Larry and June Taylor — also official observers for the National Weather Service — recorded the same temperature at O’Brien Creek off the Taylor Highway.

Another 80-below temperature in these warmer times is possible, according to University of Alaska Fairbanks climate expert Rick Thoman.

“Though with higher greenhouse gas concentrations and warmer oceans than 50 years ago, it’s less likely,” he said.

There are also fewer official weather-recording stations in cold places now than there were during pipeline construction 50 years ago, Thoman said.

“There are many more surface observations in Interior Alaska now than in 1971, but hardly any are in places that could plausibly get to 80 below — which is not many places. The most realistic chance for currently active stations is the Chicken cooperative site, and maybe Wiseman.”

A man who would unplug his car and drive to either of those places in order to sting his nostrils is Ed Plumb of the National Weather Service’s Fairbanks office. Plumb, who once traveled in January to the Pole of Cold of Oimyakon, Russia (where today’s high temperature is minus 36), was born in California on Jan. 23, 1971. That is the day a thermometer set up in deep valley off the Dalton Highway registered 80 degrees below zero.